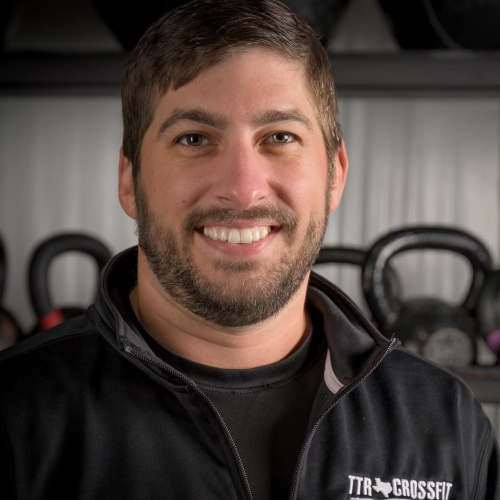 I have been an athlete most of my life. While I have participated in several sports, I have pursued snowboarding, mixed martial arts (MMA), and CrossFit to a higher level than any others. I started snowboarding when I was 6 and spent my teens and early 20’s competing in slopestyle events across northern Michigan. While I never quite reached “Shawn White” status, my passion for snowboarding led me to become a USASA certified snowboard instructor, and I spent several years (2008-2015) teaching between beginner and advanced levels across all age groups. Near the end of my competition days in snowboarding, I developed a passion For MMA and competed at the amateur level in the 155 and 170 lb weight classes between 2007 and 2012. As I matured as an MMA athlete, I was given the role of cardio/conditioning coach and Muay Thai instructor at my local gym. Coaching fighters became the most rewarding part of my time in MMA. I learned a lot about approaching different learning styles and helping athletes prepare psychologically for competition. My priorities shifted away from athletics during my Ph.D., and eventually, I found myself rather plump. When I Joined TTR I was at a healthy 255 lbs; A number earned from 4 years of stress, lack of sleep, beer, cheetos, and several other bad dietary choices. Between November 2020 and February 2021 I lost 70 pounds. Since I have made an effort to continuously challenge myself, working on my weaknesses, setting goals, and constantly looking for a way to find that “good kind” of uncomfortable. For me, one of those challenges was becoming a coach, which has helped me stay engaged and kept me accountable.